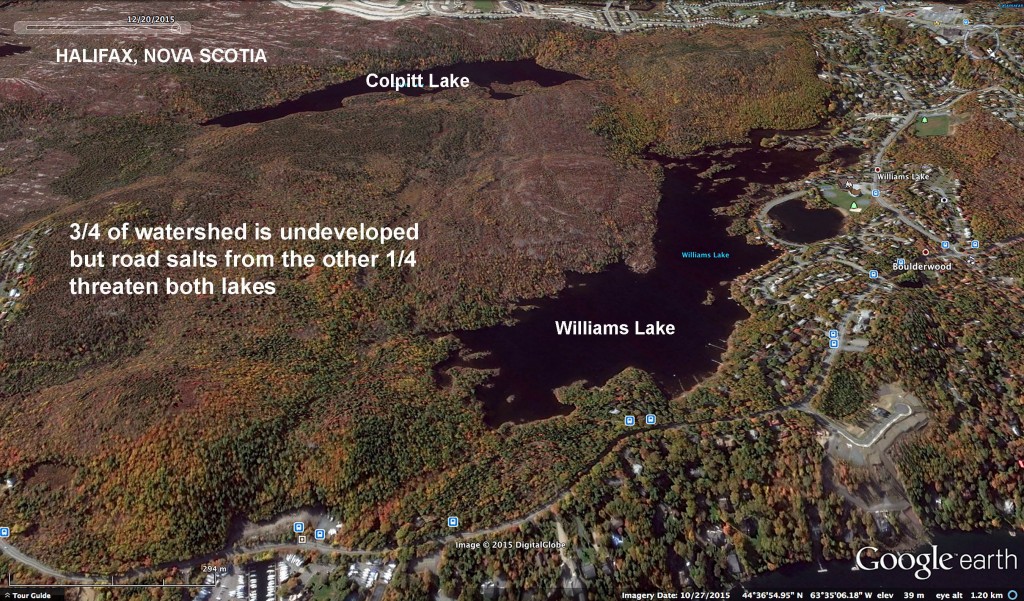 Even though three-quarters of the watershed is undeveloped, salt inputs from the other 1/4 threaten the health of Colpitt Lake and Williams Lake.

E. coli is a bacteria which is found in the intestines of animals. High levels indicate the water is contaminated. The graph includes data from 2001 to 2012 from the eastern and western ends of the lake.